By the time my mother turned 10 in 1939, it was compulsory for all German girls between the ages of 10 and 18 to join the female branch of the Hitler Youth, which was called the League of German Girls (Bund Deutscher Mädel). Mom came from a Christian family that was convinced Adolf Hitler was the Antichrist, but no one could opt out of the Hitler Youth. The mission of the Hitler Youth was to prepare boys, such as my uncle, to serve in the military. The mission of the League of German Girls was to prepare girls to be better wives, mothers, and homemakers.

When the Nazis ran out of able-bodied soldiers, they started drafting older men, including my grandfather, who wound up in the navy. They also began drafting boys, and when mom’s brother saw the writing on the wall, he voluntarily joined the mountain infantry (Gebirgsjäger). In spite of that, he got drafted into the SS.

My grandmother went from one office in Ludwigsburg to another with the same message, “Walter can’t be drafted into the SS–he already joined the mountain infantry.” Finally somebody heard her and set things straight. Neither my grandfather (Opa) nor my uncle (Onkel Walter) saw much action during the war. Opa was a cook in the Navy and there wasn’t that much going on in the mountains where Onkel Walter was.

I have a copy of the official family tree that proves that my maternal grandmother’s family is of Aryan descent. I also have a silver coin with a swastika on it and a gold button from my grandfather’s Navy uniform. Why do I save that stuff? Because I believe, to the very marrow of my bones, that George Santayana was right when he said “Those who cannot remember the past are condemned to repeat it.”

My unpleasant memorabelia forces me to remember–as did a visit with my friend Marcos to Dachau. My aunt Elfriede couldn’t understand why we wanted to go to Dachau–couldn’t we just forget about the past? For me the answer to that question is “Absolutely not.”

My life is enriched by Jewish and gay friends, as well as a niece with Down Syndrome. My son’s paternal grandmother comes from a family that is mainly Jahova’s Witness. Chances are good that none of them would have survived the Holocaust.

“It’s different today,” I’m tempted to say. “We know better. There’s no way we would ever let that happen again.” Right. Tell that to people in Rwanda and Darfur.

Not only is it possible to repeat the past, the potential for it is within me, genetically speaking. I’m more than half German, and the blood that is coursing through my veins is no different than that of the soldiers who gave and carried out orders to exterminate people because they’re different.

Eleven million Jews, Slavs, Roma, ethnic Poles, Soviet POWs, the disabled and mentally ill, gay men, freemasons, Jehova’s Witnesses, and political activists were killed during WWII. It’s hard to imagine how many people that is. It’s more than the entire population of metropolitan Chicago. It’s more than 190 Yankee stadiums* full of people. It means killing more than 30,000 people a day for an entire year.

As much as I want to deny it, somewhere deep within me must lie the potential for killing another human being because he or she is different. Not because of my German heritage, but because I am human.

I carry within me a deep sense of responsibility for what happened during WWII. Not because I was there. Not because I participated in it. But because I believe that the seeds of prejudice, hatred, and judgment lie within us all and, given the right conditions, could sprout and take root.

Do I dwell on the past? No. But every once in a while an opportunity comes along to accept or judge. That’s when I remember the past, and recommit myself not to repeat it. 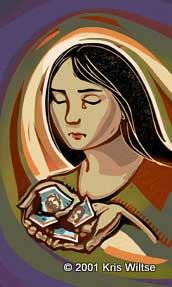 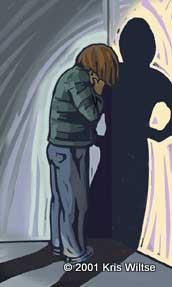 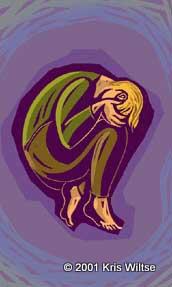 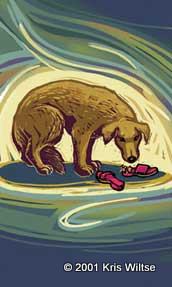 * Yes, I know the plural of stadium is stadia. But who says that?